Ten Things You Need to Know About World Cup Soccer

I admit it—when it comes to Soccer, I am a complete Poseur.  It’s not that I have not found an appreciation for the game—I love watching European men in colorful shorts and socks run around the field while I enjoy a cocktail or two.  However, the game rules have not quite permeated my American football-infused cranium.

Earlier this week, when the US team played Belguim, I strayed out on my own to watch the game—without my futbol encyclopedia aka The Man.  I thought I was being slick when a foul wasn’t called and I chirped up that the player had advantage (thinking I would dazzle them with my insight as to why it wasn’t called) and my table mate said “I KNOW….they should have called the foul!”  Although I rolled with it, the term obviously didn’t mean what I thought it did…..

So in the spirit of education for us soccer/futbol novices, I batted my southern eyes at The Man to answer my World Cup Questions before today’s game.

Ten Things You Should Know About the World Cup (and soccer)

1. How are the teams chosen to play in the World Cup?

2. The World Cup tournament has two phases, a group phase where the teams play every team in their four-team group and the knockout phase.  How are teams chosen to move forward after the group phase?

The top two teams advance to the knockout rounds.  The teams are given a numerical score after each game that is reflective of their performance at that game.  Teams get 3 points for a win and1 point for a tie.  If there is a tie in points, then the two teams have their total net goals scored in the group round determined—(goals scored minus goals scored against them).  If there is still a tie, the officials determine the winner by the outcome of the game where the two teams played each other in group play.

3. The clock in Soccer counts up to 90 minutes with a clock that runs continuously (barring any heat-related time-outs we had in Brazil).  How is the extra time at the end of the game determined?

The center referee keeps track of stoppages during the game that are a result of injury (or supposed injury), fights, player substitutions that are excessively slow, and all other non-playing time related stoppage.  This time is rounded up or rounded down to the nearest minute and added on at the end.

4. What happens in case of a tie in the World Cup?

Although ties are allowed in the group round, there must be a winner in the knockout rounds.  If there is a tie at the end of the game, the game moves to overtime with two fifteen-minute halves (with extra time added at the end for injury, etc.).  If the game is still tied at the end of overtime, the game moves to penalty kicks where five players go one-on-one with the goalie to score.  If the game is still tied, they continue the penalty kicks with each “round” being one team member from each team vying for goals—if the goals are the same after the two kick, they move to two more players (one from each team) until they have gone through entire roster of players on the field.

5. What is a yellow (and red) card and how does it affect play in the World Cup?

A yellow card is an official warning (like when you get pulled over by a policeman and bat your eyes) and a red card is an ejection.  A yellow card may be given (at the referee’s discretion) for offenses such as flagrant fouls, excessive flopping (pretending you have been injured or fouled), fighting or abusive behavior, and excessive dissent against the referee.  A red card may be given for extreme cases of the aforementioned offenses or if a player has received a second yellow card.  If  a player gets two cumulative yellow cards in games starting at the first group play and ending at the round of sixteen, the player misses the next game.  If a player gets a red card, he misses the next game.  The tally starts afresh at the quarter final level.

6. What is offsides? What is the penalty?

Offsides is when a pass is made to a teammate who does not have two defensive players between him and the goal at the time the ball is kicked.  The goalie counts as one of these players.  Just like other sports (like holding in football), this is not always called consistently.  If offsides happens, the referee puts the ball where the penalty happens and the other side gets to kick it freely.

7. What is the deal with the corner?  Why do players go to the corner to kick or throw the ball in?

A foul will garner a team a free kick.  The free-kick location is determined by the spot of the foul (a few exceptions exist).  If the foul is within striking distance of the goal, you will see all the players line up and hold their genitals in line to keep the ball from getting into the goal (this always makes me giggle).  There are two types of free kicks direct and indirect.  A direct kick will allow a player to score with the kick with no other team member interaction.  An indirect kick requires a second person to touch the ball (it doesn’t have to be their teammate).  The type of foul determines the type of kick.

9. What is a handball and what is the penalty?

10. What is a penalty kick?  How is it different than a free kick and how is it determined?

A penalty kick is instituted when a foul or infraction happens within the 18-year box around the goal.  In a penalty kick, one offensive player matches up against the goalie with no other players in between.  The team gets to pick who kicks the ball.  The goalie’s feet have to be on the goal line and cannot move his feet until the ball is kicked.

Enjoy the rest of the World Cup!  Cheers! 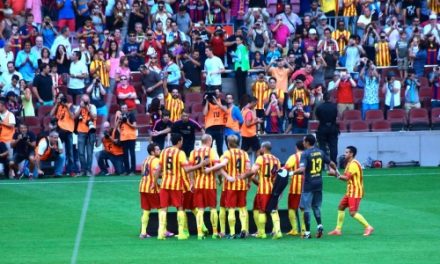