Five Things I Loved About Vegas 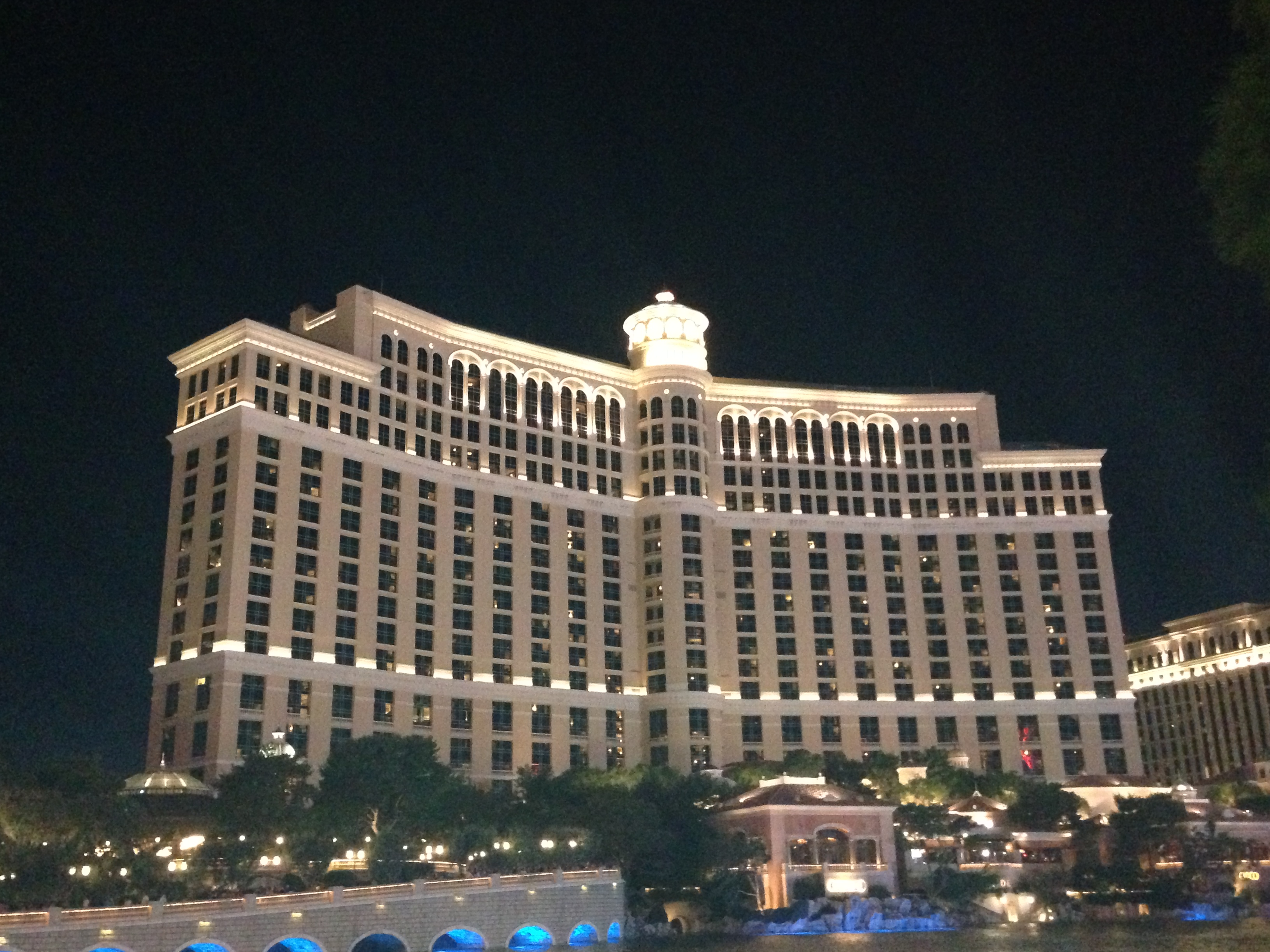 Each year, our travel consortium, Virtuoso, conducts its annual travel conference, Virtuoso Week, in the city that never sleeps, Las Vegas. The conference is held inside one of our Virtuoso preferred properties, the Bellagio.  Vegas is an exciting destination with food, cocktails, endless entertainment, and, of course, gambling. The first few years of the conference, I never saw the outside of the Bellagio Resort (there are worse things), but last year, I decided to make a point to arrive early and check out a few of the main attractions, hotels and the hottest restaurants.

Last year, I experienced Michael Mina’s American Fish and the wonderful Comme Ca (with house-made charcuterie and prohibition-style cocktails), and the year before, I found the amazing Lotus of Siam Thai restaurant (the best Thai in the US according to USA Today) with an impressive wine list.

On this trip, I found some new Vegas favorites.

This entertainment-centric pedestrian strip offers 300,000 square feet of restaurants, pubs, shops, a bowling alley, and the largest observation wheel in the world at 550 feet, the High Roller. 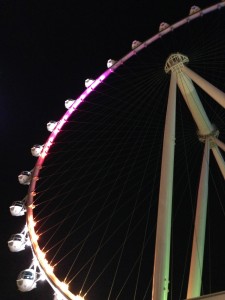 Our crew stopped at Chayo Mexican Restaurant and Tequilla Bar for a bit of pre-High Roller margaritas and guacamole. The food looked well-crafted, our guacamole was amazing, and our margaritas begged for mas. Chayo offers over 50 tequillas, Happy Hour specials and a mechanical bull. Ole!

The Linq also offers restaurants such as the Tilted Kilt, Guy Fieri’s Las Vegas Kitchen and Bar, Hash House a Go Go (featured on Man vs. Food), and the Yard House—just to name a few.

Although the High Roller is part of the Linq, I felt it needed its own spot on the list. It is sure to become an iconic attraction in Vegas, like the Bellagio Fountains.

The High Roller affords epic views of the Las Vegas Strip—especially at night! The wheel itself is a beautiful, changing light show—it was spectacular viewed from my window at the Bellagio (especially as the fountains were going—the Eiffel Tower of Paris on one side and the High Roller on the other)… Each of the 28 Italian-made glass cabins can carry up to 40 passengers. Some of the cabins have open bars for a small upcharge and have two small benches for those who need to sit for a bit. 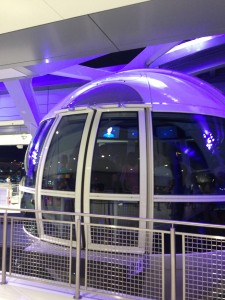 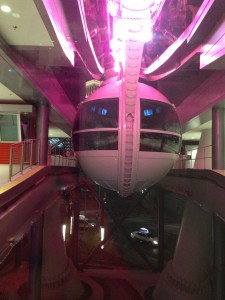 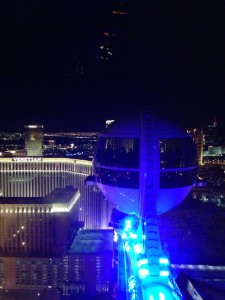 The ride takes 30 minutes to complete. Although it’s not an attraction I would do over and over, it is a great way to see the city and well worth a visit! 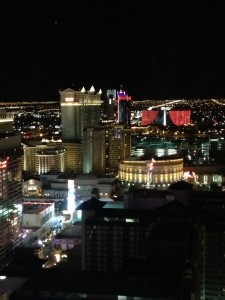 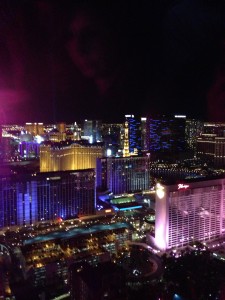 Jaleo
What can I say about Jaleo exept mmmmmmmm…. A Chaine des Rotisseurs friend of mine recommended I try this tapas-style Spanish restaurant and his recommendation was spot on! Jaleo is located on the third floor at the Cosmopolitan Hotel (right across from my other favorite, Comme Ca). Chef Jose Andres delights the palate with his exquisitely prepared small plates!

Our group tried both the red sangria and the white sangria (the red was the hands down favorite) and started our meal with the Pan de Cristal con Tomate Fresco, a Spanish-style bruschetta. 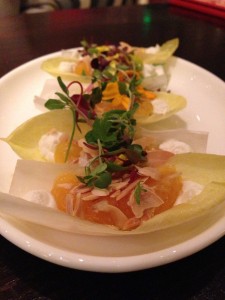 We ordered the Criquetas de Pollo (traditional chicken fritters—served in a sparkling high-top shoe—quite whimsical), the Gambas al Ajillo (shrimp sautéed with garlic), and the Endibias con Queso de Cabra Y Naranjas (individual endive boats with goat cheese, oranges, and almonds—just exquisite). The tapas are true small plates—offering our party of three a small bites of each dish, which was perfect for us! They also offer Paella and larger Carnes (chicken breast, steak, burgers, etc). Jaleo was a true foodie experience Vegas Style! 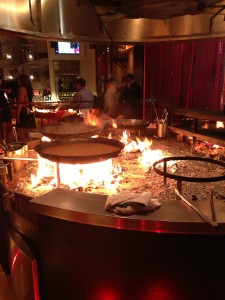 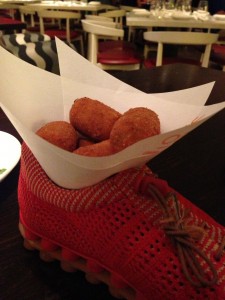 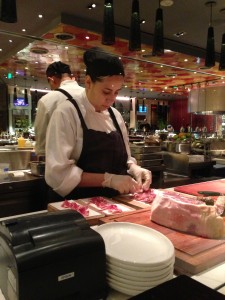 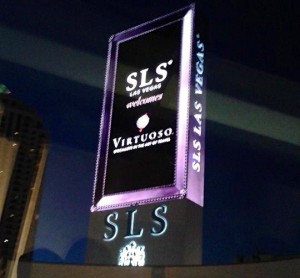 What a treat to get to tour and preview the brand new SLS Hotel! This luxury hotel on the north end of the strip will offer the best in accommodations, food, and an amazing bar and pool area. The hotel was formerly the Sahara Hotel and Casino.

We were not allowed to take photos of the hotel….but this luxury hotel will easily find it’s place among the great luxury hotels on the strip. The public spaces seem spacious with a wide offering of restaurants: Bazaar Meat by Jose Andres (of Jaleo fame)(I tasted pieces of chef Andres’ roasted lamb and steak….they simply melted in my mouth…not an easy feat for kabobs), a sushi restaurant, Katsuya by Stark (our samples at the preview party were perfectly prepared), Cleo (Mediterranean with a twist), Umami Burger, a Neapolitan pizzaria 800 Degrees, Ku Noodle (again Chef Andres) plus a smattering of cafes and bars—including the FABULOUS LiFE Nightclub connected with the rooftop pool featuring state of the art lighting, 70 VIP tables and three bars. Upon opening, the nightclub will be opened on the weekend only with additional nights to be announced. 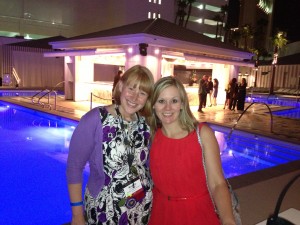 The rooms at the SLS Lux Tower are a fusion of Romanesque with Shabby Chic—very whimsical, but luxurious to the hilt. Some rooms have mirrors on the ceiling—so.very.Vegas! Even the hallways were artfully designed with dark colors and lots of texture. The rooms in the Story Tower have an urban ambiance—with bright colors and lots of textural elements. The World Tower offers a more traditional feeling of luxury with streamlined furnishings and muted, soft colors. The SLS offers over 1600 guest rooms with 250 suites. The hotel opens August 23, 2014.

Early Morning Runs on the Strip

This year, I decided to keep my running schedule while in Vegas–at least for the first few days before we had 6:30am meetings. I tried a few running routes in the wee hours of the morning—before my morning appointments. Being in a later time zone than my home helped me rise extra-early to get that run into my schedule.

Since I was staying at the Bellagio, my runs stared from there. I first attempted to run south of the hotel, but quickly determined that my best (and safest) route was towards the north end of the strip. The early-morning partiers kept me engaged with my surroundings by weaving through them with an occasional cocktail-infused high-five from those exiting the casinos–this city truly never sleeps. 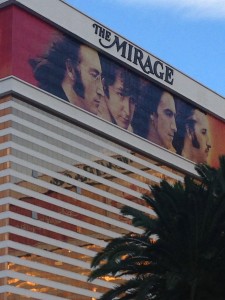 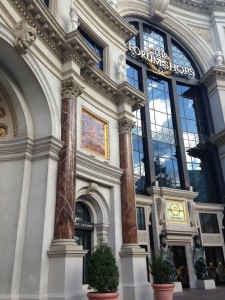 My route offered multiple opportunities for running up and down stairs in lieu of crossing the street and many hotels and bars (with music—still…at 6am) to keep my runs quite interesting and engaging. Imagine running along the Caesar’s complex and the Venetian with an abundance of architecture and statues….and the fountains and pirate ship of Treasure Island. 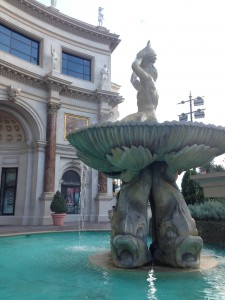 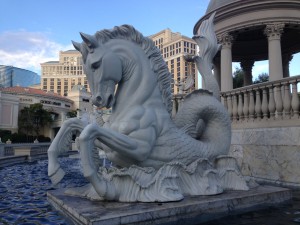 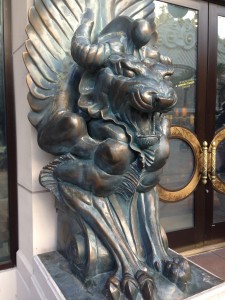 Next year, I’ll search out my next five finds as no matter how many times I visit Las Vegas, there seems to be more to discover.

Becky Lukovic is a travel agent in Carmel, Indiana specializing in gourmet experiences.  You may reach her at 317-805-5746.

Next:  A Girl’s Gotta Eat:  Chicago 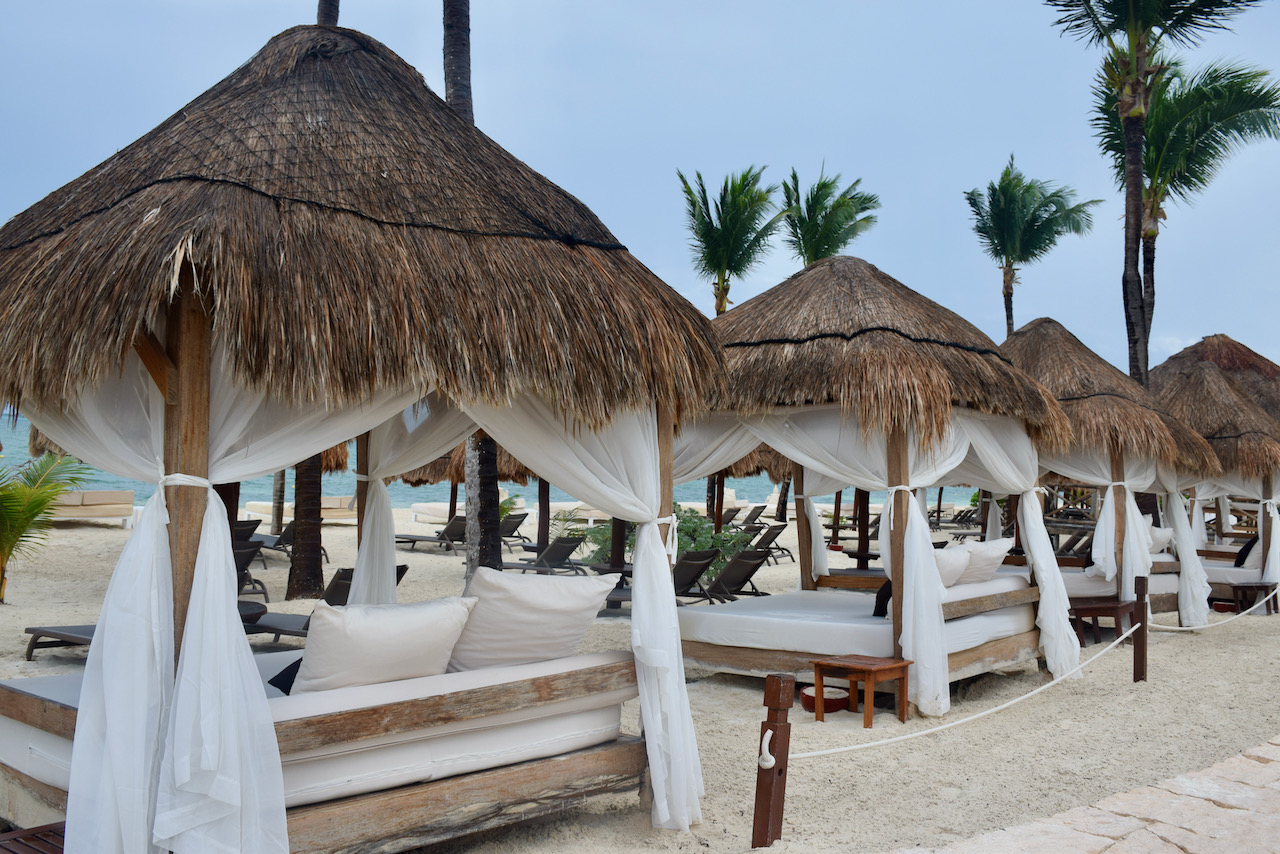 Early in January, I (Becky) conducted site inspections with a few Travel Experts colleagues from the Southeastern region.  I just love hanging with these smart, savvy ladies who are top-notch business women and some of the best travel advisors in the... 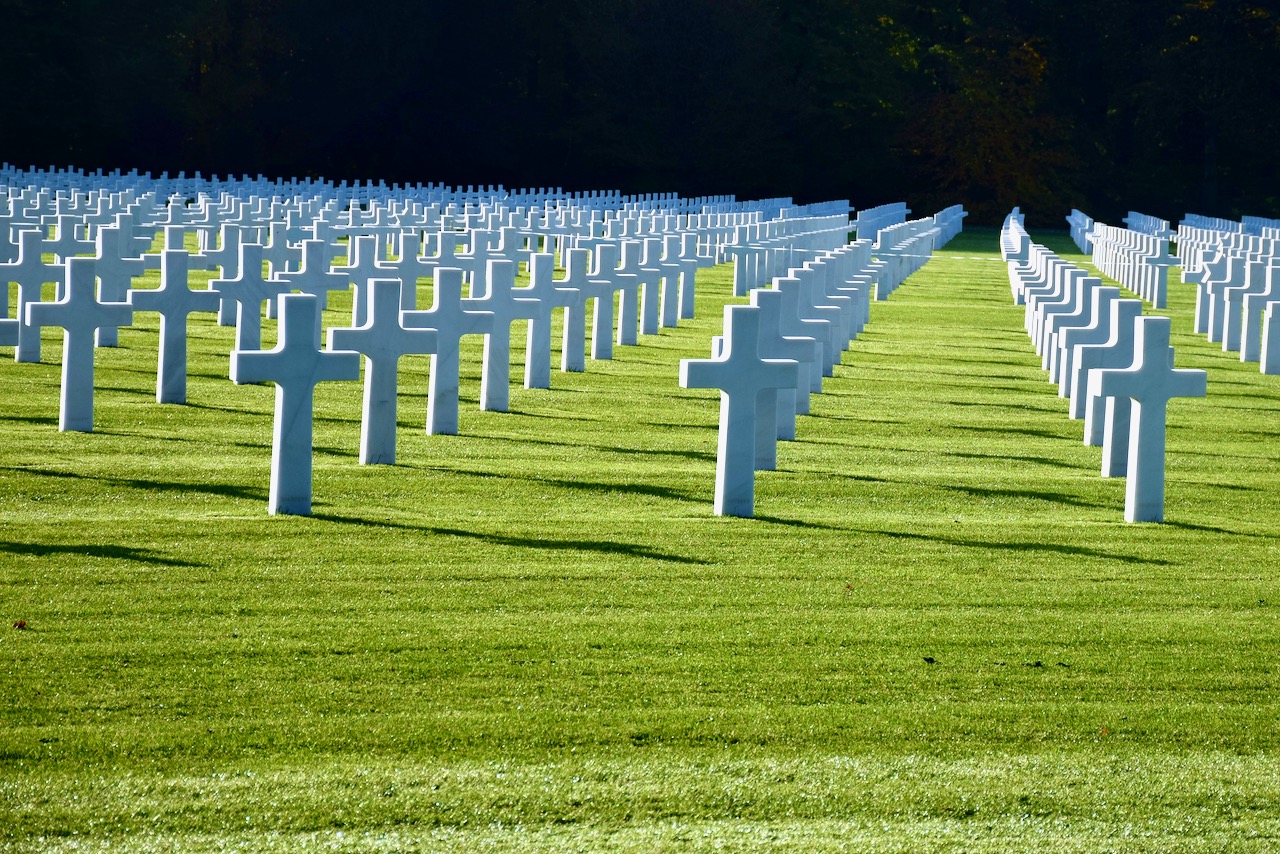 Last year I my mother and I went on an adventure down the Mosel, Rhine, and Main rivers on a ten-day Uniworld river cruise. What fun we had gazing at castles, tasting the lovely Mosel wines, and discovering the beauty of yellow grape leaves in the vineyards planted... 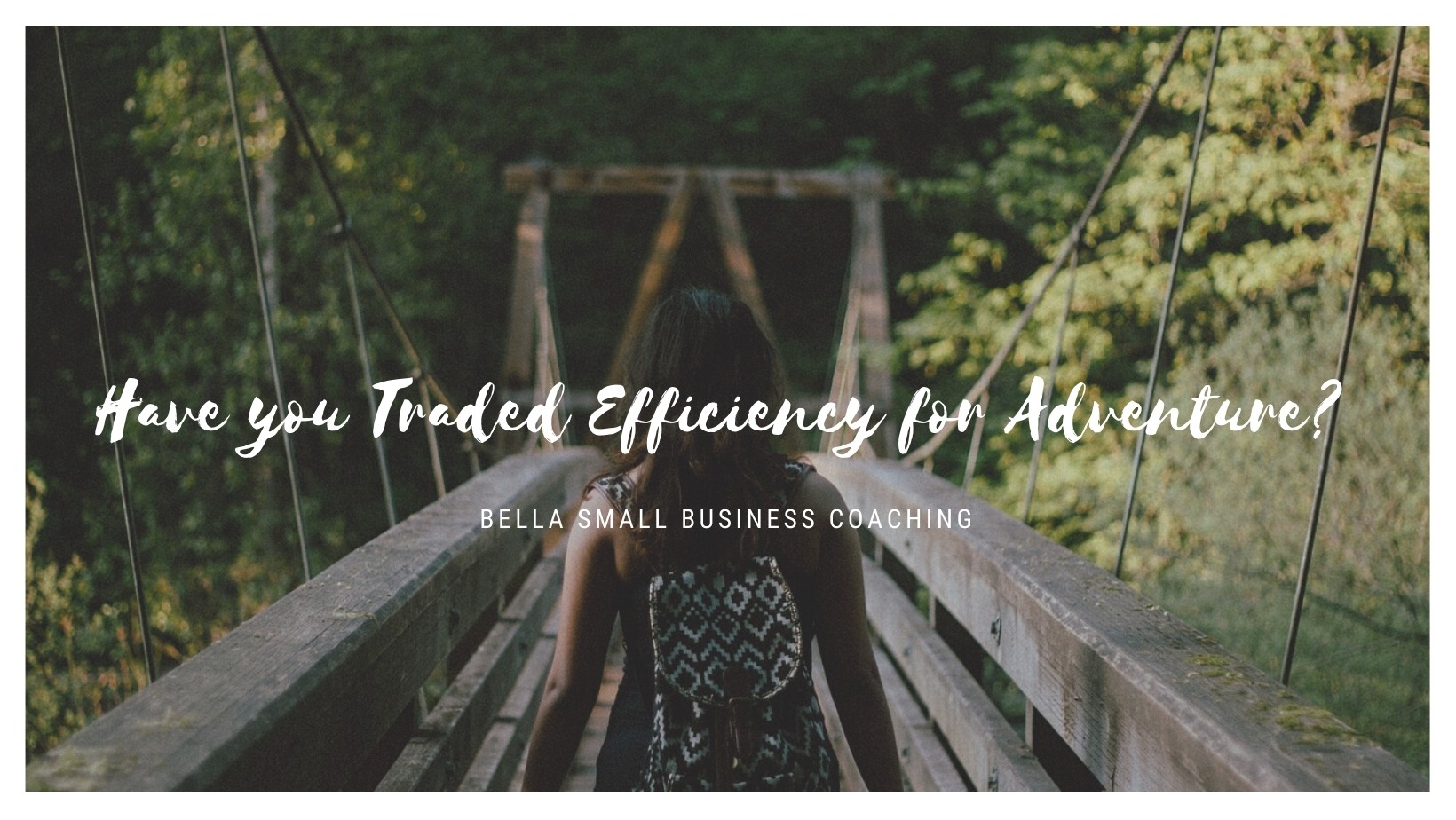 Efficiency for Adventure. How often do we make this trade?Do I trade the chance to grow and stretch myself for the need to just get stuff done? Do I quash the creative for the efficient? Am I too task-oriented in this season of life? 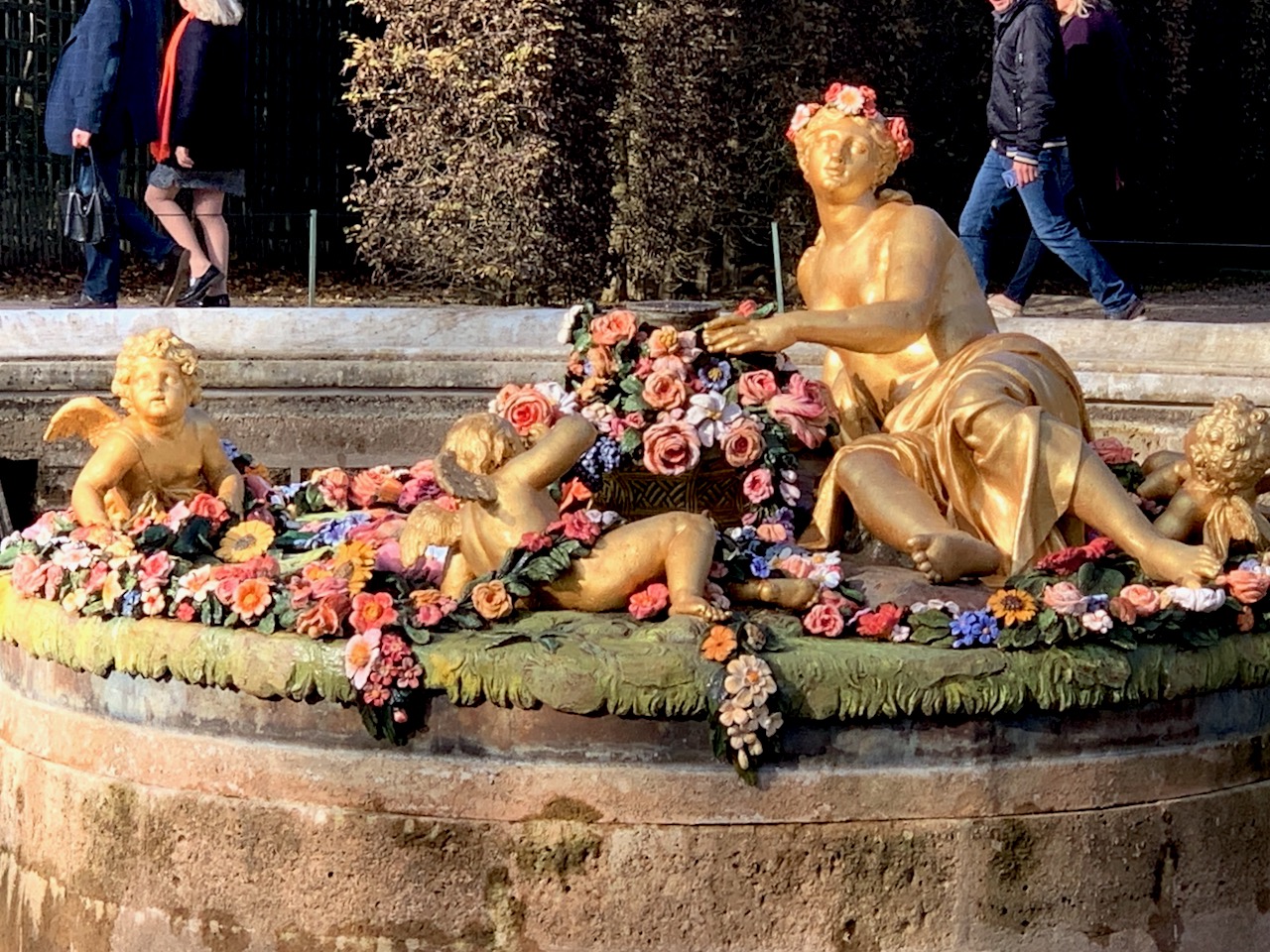 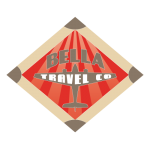